The new European Regulation on Succession and Wills 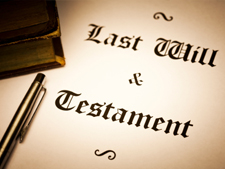 The new Succession Regulation (EU) 650/12 of the European Parliament entered into force in Spain on the 17th August 2015, affecting foreign owners of properties in Spain who are (or will be) resident in this country, and in some way it might also affect those who may be considered resident by forced heirs.

Under this new Regulation, any EU national who has property in Spain can choose either the law of the country of their habitual residence, or the law of their nationality to rule his inheritance. If no choice is made, then the default position is that the succession of their estate will be governed by the State of their habitual residence. In Spain, this means that both descendants (children or grandchildren) and ascendants (parents or grandparents) will inherit with priority over a surviving spouse, meaning that any previous will that may have been prepared, if unchecked, may be successfully contested by forced heirs under Spanish Succession Laws, unless the will specifically states that it be governed by his own national law.

So this is what we advise you to do:

Resident in Spain with no Will: If you are already, or are thinking about becoming a RESIDENT in Spain and own any assets here, we strongly advise you to make a will in Spain (you can read more about this here). Obviously, your will should include the choice of applicable law, choosing the law you prefer for your situation.

Resident in Spain with a Will in Spain: If you are a RESIDENT in Spain and own any assets here, and you have already made a Will in Spain, you need to check whether this choice was already included. We have been including an appropriate provision in all the wills that we have drafted in the last few years, so you might not need to do anything. If that provision is not present, then a new will should be signed as soon as possible.

Non-Resident. If you are NON RESIDENT with assets in Spain, it is highly unlikely that this new regulation affects you. However, we should not entirely disregard the possibility of someone who wants to inherit part of your assets in Spain (and who may be entitled to it under Spanish law), trying to claim that you were resident in Spain. If you have any reason to believe that this might happen to you, and in order to avoid any possible risk, then we would advise you to do a will including the choice of applicable law.

We hope that you find this information helpful, please do not hesitate to contact us should need any further clarification or help regarding this matter.